So now that you’ve seen a lot of the possibilities, the question then becomes: so what? How does this help me? 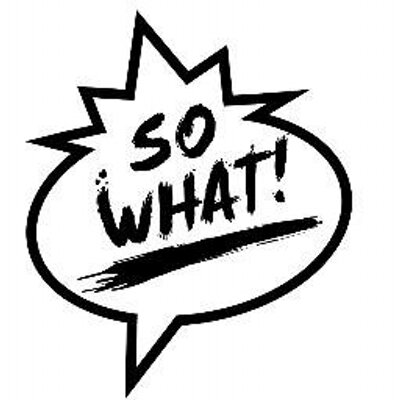 I’ve dabbled in some creative writing over the past few years, it’s not my forte (writing) but what I really enjoy is developing plots and understanding characters. I’ve “helped” a good friend of mine with a story of his and driven him crazy with questions like “why is [this character] doing this?” and “does it make sense that [she] would react that way?” Characters are beautiful when they’re consistent and they’re amazing when they break the rules. When they’re not awesome is when they act out of character. I think this is why I like the Enneagram. Because it allows for so much creativity without boxing you in. If you feel the Enneagram is pigeon-holing your character you might be focusing too much on the timeline and not enough on your character.

My biggest creative writing project to date was a modern-day young adult fantasy thriller (or at least I’d intended it to be haha). It had cool plot lines, fun twists, interesting back stories, and characters I spent a lot of time trying to describe in detail.

Since none of you are likely going to read it I don’t mind spoiling a little of it for you. The story was about three brothers who uncover this crime ring centered around this big, yet hidden, supernatural set of abilities (I can hear many of you who know me smiling in unsurprised amusement…)

When I started the story my favorite character was the ambitious, strategic, competitive, driven brother. He is controlling and dominant and embodies probably everything you’d expect from a 3w4. He is textbook: layers his personality with masks, overachieves at everything, makes risky moves to win, and has everything to prove both to himself and to the world around him. The villain is much the same way except probably more of an 8w7 (fear of being controlled or manipulated, amassing power and followers, breaking the rules to advance himself forward, etc.).

The more I wrote, however, the more I realized that this one brother just wasn’t coming up a lot. He’s predictable and a key player in the plot but he isn’t… electric… isn’t relatable or sympathetic enough. What I began to notice was that I was spending far more time following the storyline of another brother. He is probably an 9w8 (peacemaker, always up for an adventure with his two other driven brothers but mostly plays the role of mediator and just enjoys life). This character is likable and reacts to the world around him like many of us would. He’s cool and drives a motorcycle and isn’t tightly wound. He’s up for risk and adventure and even willing to break the rules a little bit.

This character dominates a good portion of the middle of the story and as I plowed through this portion I realized: this is the character I want to watch, this is the guy I want to see win.

9’s disintegrate to 6’s so I began to throw in scenes where he gets disconnected from people, where he is genuinely afraid. 9’s highly value “Engagement” and connection and taking this element away from the 9 forces the character to figure out what they’ll do in the face of tension and conflict. What we wanted to see was the 9, all alone, deciding to fight for what’s right, what will restore peace (probably by taking down the villain) and to see if he’ll eventually reconnect with those whom he loves and considers his tribe. If he’s truly helpful, he can begin to show some personal ambition (which he does) and stands up to stronger characters and recruiting them to his cause instead of just going along with theirs.

I even gave him a love interest, a 1w2 (which is a common pairing with a 9) who has a strong sense of justice, fights for the underdog, and is unfazed with the idea of sacrifice and martyrdom. Together they balance each other out fighting for their own goals (which become intertwined) and developing a strong appreciation for their desire to fight for people and righteousness.

As a 3 myself, I had intended to write a story where someone like me is the hero (after all, what better inspiration than a character I understand?) But this story just didn’t work with a 3 at the helm (nor his other brother, a broken “2”). I could have fought it, but when I let the character show me who they were, they were far richer than if I’d forced them to be someone they weren’t.

What I learned through this exercise is: dream up your scenario, then figure out who your character is by how they react to that situation. Protagonists need to go on some kind of journey to be compelling (they can go unhealthy as the story progresses, that’s a perfectly legitimate story arc) so let them go on that journey. Once you understand what that journey is, you can craft obstacles, villains, even personal fears to help them get vulnerable and move toward their intended end.