Belief: Happiness is the greatest good in life, you only live once so make the most of it.

How they see/justify their sin: Wastefulness is a travesty. The world has so much to experience and there’s no greater good than doing it all. Happiness is our God-given right.

7’s are the part of us who want to be happy. They believe that there’s no greater good in life than the pursuit of fulfillment and 7’s take that very seriously. They are the people who dismiss the monotony and seek out every potential experience that promises fun. 7’s aren’t slackers and far from lazy, in fact, they can be the most aggressive of social chairpersons and even over plan their lives within an inch of their sanity. But on the other end of the spectrum they can be spontaneous, reckless, and (in line with their signature sin) gluttonous.

Gluttony may not mean (and often doesn’t mean) an over-consumption of food, instead it means the indulgence in anything that promises pleasure. There’s a nervous energy in the 7 who often doesn’t want a single moment wasted (especially as they go toward the unhealthy end of their spectrum). They can be the life of the party, the flightiest opening act, or the most centered, peaceful, joyful, sober presence in the world.

The 7 who has moved toward their virtue of sobriety won’t lose their characteristic joy, but they’ll find a reduction in their compulsions and find a sense of serenity and contentment in the world around them.

Our beloved nun of musical legend is our example of a 7 with a 6 wing. Think about her musical numbers: “my heart wants to sing every song it hears”… “these are a few of my favorite things”… “I must have done something good [to deserve falling in love].” Our young, carefree protagonist is the embodiment of fun and considers it outrageous that kids can’t play or that music is banned from the house.

We see her 6 wing pop up every now and again most notably when she flees the mansion upon being told by Baroness Schrader that the Captain is in love with her. She runs back to the safety of the Abbey where her sagely Mother Superior tells her that “these walls aren’t meant to run away from our problems, you have to face them.” Our scared little Maria reluctantly takes that advice and returns to her beloved children and the story moves on.

7 wing 8 | Jack McFarland, Will and Grace

On the less dramatic side of the character illustrations is the flamboyant, high strung, walking-id that is Jack McFarland. He’s selfish, sarcastic, quick on his feet, and constantly tolerates nothing less than his ultimate happiness and pleasure. Unlike his 6 counterpart Will Truman, Jack has few reservations and fears very little.

He’s got an 8 wing that we see often in his recruiting of the group to join him or assist him on his antics. 8’s have a fundamental belief that things should be done a certain way. Not by any commonly held standard, but on what makes the most sense to the 8. The 8 of us resists being controlled, manipulated, dominated, or oppressed. In rebellion of any authoritarian system, 8’s will live by their own rules and expect others to live by them as well. Jack constantly ridicules Will for his fashion choices, his food choices, his friend choices, his quirky interests, and anything that individuates him from society. Jack believes there’s a “right” way to live and Will simply is too inept to understand it or too weak to live by these guidelines.

His friends love him for his spontaneity and passion, but often have to support him through his various interests and flighty unreliability. We see Jack, at his worst, express the “Anger” of the disintegrated 1 when he’s not validated, joined, or supported when he wants something. He can get bitter, withdraw, or even go on the offensive when held back from his goals.

7’s are caught between two very sober and simplistic integration lines. As we saw with Jack McFarland, 7’s disintegrate into the 1 when they find themselves unhealthy. When a 7 is withheld from the things they want, 7’s can escalate in intensity or withdraw into bitterness until they find a way to fill their needs. They have no interest in sobriety and when it is forced upon them they resist. They can withdraw into depression but more often than not they’ll simply find an outlet that will help them feed their appetites.

But 7’s at their best, as they move toward health, find the nobility in sobriety and simplicity. They become “monk-like” and take on the virtue of “Non-Attachment” from their 5 integration. While they don’t lose their appreciate for fun, they do start to lose their obsession with it. They begin to find contentment in a peaceful, quiet, still, and minimalist life.

7’s aren’t the easiest villains to find or write. They might be irritants to the protagonist but not often are you seeing the dominant villain have a 7 type. Think about it, you’d have to have a character who truly wants personal happiness and would likely have to challenge the protagonist who is looking for discipline, order, structure, compliance, etc. Not many story tropes are about a character defending or looking to implement structure in a world of hedonistic chaos.

Characters like Lampwick from Pinocchio (the boy who whisks Pinocchio away to Pleasure Island and over-indulges to the point of turning into a donkey) or the older boys from Lord of the Flies might be fair illustrations. 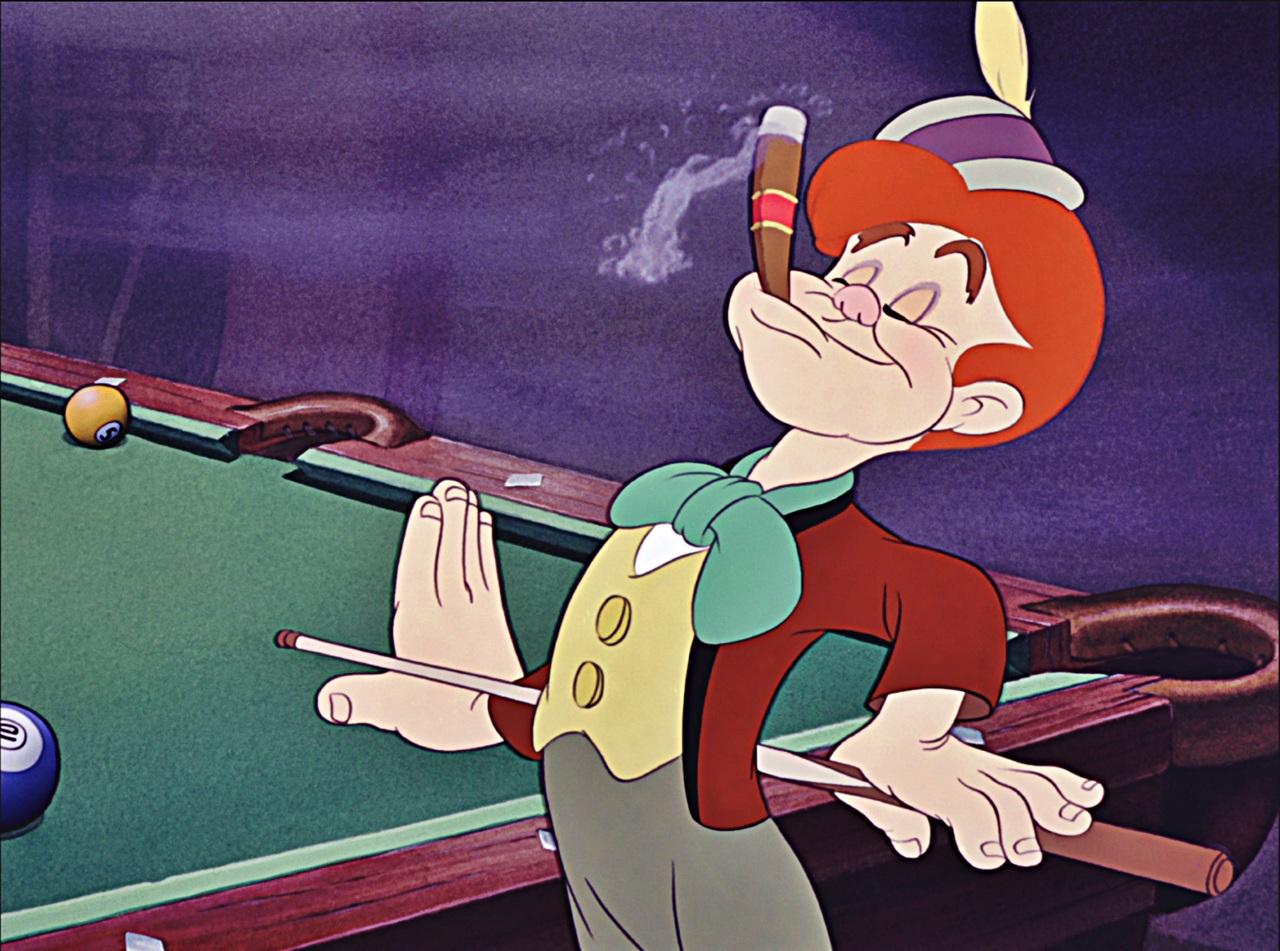 While many of you might have not have seen the show Sense8 on Netflix, I believe one of the villains is a perfect example of a 7 villain. One of the Sense8’s, Sun, is a talented, yet oppressed woman in South Korea who’s far better suited to take over her father’s business upon his retirement than her playboy brother, Joong-Ki. In this instance, Sun’s goal is to play by the rules and be appreciated for her business acumen regardless of her gender. He brother doesn’t appreciate what’s been given to him and when he gets caught embezzling money from the company to fund his frivolous, extravagant lifestyle he begs Sun to take the fall for him (because in the patriarchal society no one knows or cares who Sun is even if she is the owner’s daughter). Even when she makes the sacrifice for her family, she is unappreciated, unthanked, and her brother (into season 2) keeps expecting Sun to live out the consequences for his own actions so the “unhappiness” can just go away. 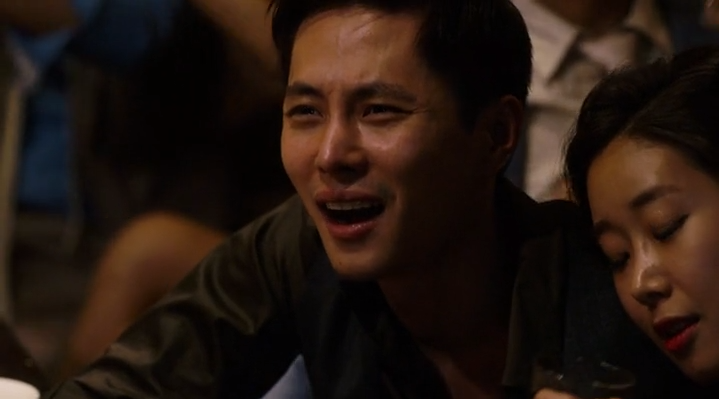 We’re hoping that our 7 will give up their selfish lifestyle and learn self-restraint, self-control, and find meaning in life beyond their hedonistic instincts. We want to see them truly value relationships in their lives beyond the benefit it brings to them personally.

7’s can be played as flighty, ditzy, or childish but more often than not they are capable of master planning, recruitment, vision casting, and elaborate orchestrations. It’s easy to craft a character who’s average to unhealthy who is shallow relationally. In fact, that facet alone may be enough to create tension with other numbers who are more depth-oriented (2’s, 4’s, 6’s, 8’s and healthy 9’s). The bid these connection-oriented numbers make for the 7’s genuine relationship may set up a storyline that’s interesting to watch/read.

7’s and 8’s can be good combinations if they have a healthy, mutual respect for each other. 7’s aren’t going to react well to a super dominating 8 (especially 7w6’s) and unhealthy 8’s might not take well to the attention and maverick busy-ness of the 7 (especially if the 7 never gets around to assure the 8 of their loyalty).

7’s and 2’s might have a particularly challenging relationship if the 2 never hears the appreciation they crave for supporting the 7’s plans. 1’s might also pose a problem if they push back against the 7’s fun expectations by invoking rules, legalism, or judgment. 7’s and 4’s can be hit or miss as the 7 loves the new ideas the 4 can bring to the table (thus suggesting experiences the 7’s never considered) but if the 4 is too much of a buzzkill the relationship can capsize.

7’s will add a tremendous amount of color to your cast and help make your story larger-than-life.

Barney Stinson, How I Met Your Mother (TV)

Jack Sparrow, Pirates of the Caribbean