Belief: We have to be vigilant to protect ourselves and others. Together we’re safer than we are apart.

Deepest Fear: Having no guidance or being in danger physically, emotionally, or relationally.

How they see/justify their sin: Someone has to look out for us. Threats to our safety should be avoided, eliminated, isolated, or decimated because without safety we don’t have anything.

6’s are the people who bring us together. These “loyalists” believe that there is safety in numbers and once you get past the friendship “interview” you’ll be defended and included for life. 6’s have an often visceral reaction to ideas around safety and danger. “Fear” is a huge component to their lives but it can manifest in a host of different ways. It’s not always “terror,” it can be anxiety, apprehension, or even depression, clinginess, or escapist addiction. 6’s may not actually be in danger, but they’ll always be aware of what could happen if they’re not careful.

6’s are the best of friends. In fact, they can put up with a lot of flack or dysfunction once they’ve decided to be in your life. They believe in taking care of their own. They may not pick the “safest” friends, the most healthy, or the most well-adjusted, but once you’re “in” you’re “in.” While 6’s can be anywhere on the spectrum of jittery and apprehensive to full blown anxious or phobic, they believe that connection is the answer. 6’s who are isolated are likely to be at their absolute worst. Even if they can’t get the people around them they want they’ll often settle for minions just to assure they are connected.

6’s are great “glue” characters for an ensemble but can make great protagonists because “Courage” (the virtue of the 6) is so easy to visualize and cheer for. Whether it’s an internal journey or an external journey, any character who is faced with the need for courage will make for an engaging character and 6’s are great options.

Consider Woody from Toy Story. As we go into movie number 4 in the franchise, our beloved cowboy has consistently been one to fight for his people. He loves the stasis of his life and his connection to his fellow toys and especially to his owner Andy. He goes to great lengths to eliminate the threat to his safe little world (Buzz Lightyear) even doing something drastic and expecting to be appreciated for it instead of rejected.

Where his character fails this model is in Woody’s desire to lead. 6’s aren’t often fighting for the spotlight. They are about equality and everyone playing their roles. A case could be made that Woody likes his role as the “leader of the toys” because he trusts himself to guarantee everyone’s safety more than anyone else (remember his whole lecture about “moving buddies”?).

Woody’s 5 wing isn’t super pronounced but philosophically we’d want to see the 6w5’s interest in learning believing that the more they know the safer they’ll be. While Woody isn’t often shown being curious, he does understand the rules of his world and in the first movie, for example, rallies the broken toys at Sid’s to “break” the rules to liberate themselves from Sid’s tyranny. Remember that 5’s want to be seen as “competent” and as a wing, it helps give the 6 what it wants. 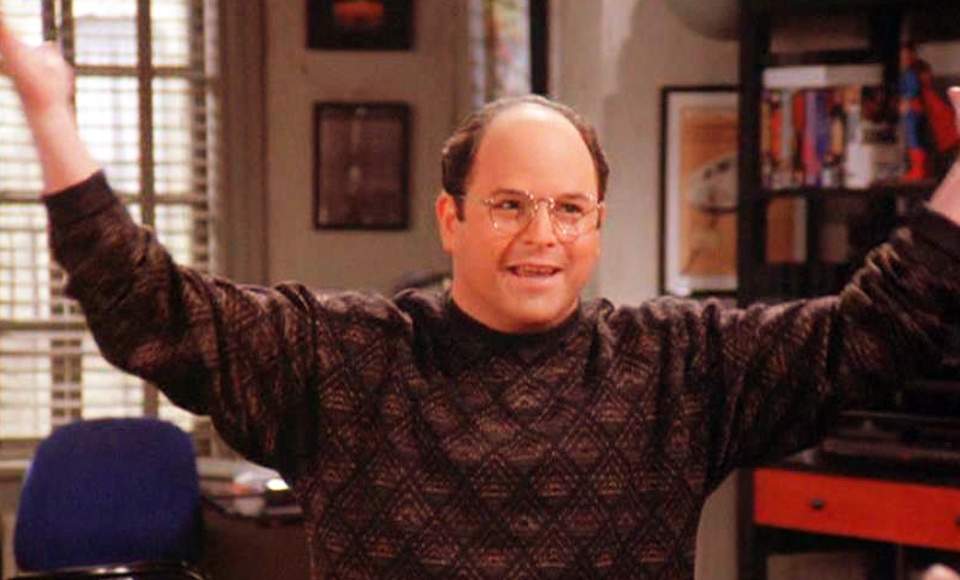 On a scale of 1-10 of “calm and collected” to “anxious and reactive,” George is probably an 11. If you’ve seen even one episode of Seinfeld you’ll know Jason Alexander’s character to be the epitome of nervous energy. While Seinfeld is the self-proclaimed TV show about “nothing,” George’s interactions with the world are about overreactions to phantom issues, incorrect assumptions, presuppositions, expectations, and partially formulated philosophies about human nature and the world.

But at the end of the day, George feels an entitlement to be happy. This 7 wing drives him to create a safe world around him so that he can be happy. His advice to his friends is always framed in incredulity when their happiness is threatened. He believes he should be able to go where he wants, date who he wants, eat what he wants, earn what he wants, and yet: he is deeply unhappy because of all the things that could go wrong (and sometimes do). He sabotages relationships on the most insignificant of objections and actively looks for enemies, obstacles, and threats.

6’s are on their way to Courage. As they risk their fears they could go two very different directions. A 6 who is not getting what they need to fulfill their need for safety and security will regress to the “Deceit” of the 3. The unsettled 6 will determine that they must be doing something wrong, that their normal persona simply isn’t working to woo people around them. They’ll betray everything they believe in and adopt a new persona until they get the relational cushion they need. 6’s normally promote a high level of honesty within themselves and those around them (even if that persona is offensive). They are about equality and believe that there’s both light and dark within us all, they accept it and live fully into it.

6’s that are moving toward health take on the “Engagement” virtue of the 9. Here they exercise courage to move past their self-preservation fixations and begin to see others, serve others, without expected reciprocity. 9’s are the peacemakers of the group, empathetic and connected and 6’s who have overcome their fear begin to adopt these virtues as well.

6’s can really play any role you need them to. Protagonists such as Marlin Clownfish from Finding Nemo or phobic supports like Ron Weasley from Harry Potter or Dr. “Bones” McCoy from Star Trek make for great positive roles as they panic about their fears and live into their courage.

But 6’s can also make for some interesting villains. Consider the fearful 6 whose goal is safety and security, especially for the group. While the entire movie might not support this theory, Don Corleone (The Godfather) might be a good case study conceptually. Here you have a crime boss whose goal is the preservation of his family. When Michael shows up he’s self-actualized a bit and differentiated himself from his heritage. But the strength of the family system is enough to get him to eventually abandon his pursuit of individuation and instead stay in line and perpetuate the family’s values. Whatever the case, if you’re writing an antagonist you’re likely going to find someone who’s expressing some kind of fear or anxiety in a fight or flight kind of way and their lived-out dysfunction (or nefarious plan) will likely stem from being ostracized from their tribe or being opposed by a member of the tribe who’s seeking personal individualization or pressing the group toward some risky action (which the 6 strongly opposes).

Consider that 6’s are connected, one way or another. 6 villains are not going to be the isolated, withdrawn, nobody-knows-their-business kind of person. They’re going to have relationships, minions, and could even be obsessed with being connected to their protagonist even as a nemesis. They will pull people who rise too far into the spotlight down with the rest of us and will pretty much never take risks they believe could put them in harm’s way (unless the entire group is moving too). Healthy (or moving-toward-healthy) 6’s can venture out on their own, face their internal or external demons, and begin to engage with people and put them first.

As we’ve said before, 6’s expect fairness. But it can often be a fairness as first relates to them. Consider that 6’s will rarely rise to the top of the group, but they also will do anything to avoid being at the bottom (including cheating… which they see nothing wrong with more often than not).

6’s and 8’s can be intense personalities. They’re not afraid to speak their mind, call people on the carpet, and use their influence to get what they want or need. However, 6’s are far more collaborative and understand that the people around them need to be taken care of. They’ll help out their friends, but expect that to be reciprocated. 8’s tend more to use and manipulate others and focus far more on loyalty and obedience. While both believe there’s a “right” way to do things, 6’s are less concerned with it if the group wants to go a different direction (just as long as they go together).

6’s and 8’s can be interesting opposing characters. Because they can be more dominating personalities they can be the worst of enemies (as the 8’s try and control group and 6’s confront ulterior motives) or the best of allies (as 8’s rally the group toward a common good and 6’s make sure everyone makes it there).

6’s and 9’s make great companions. 6’s and 7’s can be good as well as long as the 7 isn’t too foolhardy or reckless. 6’s might have a problem with 4’s who constantly strive to differentiate and individuate themselves from the group and 3’s who want to stand out from the group more than the 6 approves of.

Will Truman, Will and Grace (TV)