Belief: Doing things the right way and being fully educated is the most responsible way to live.

Deepest Fear: Being (or being perceived to be) useless.

Deepest Desire: To be seen as competent.

How they see/justify their sin: Being completely educated and prepared for any contingency is the responsible way to live. 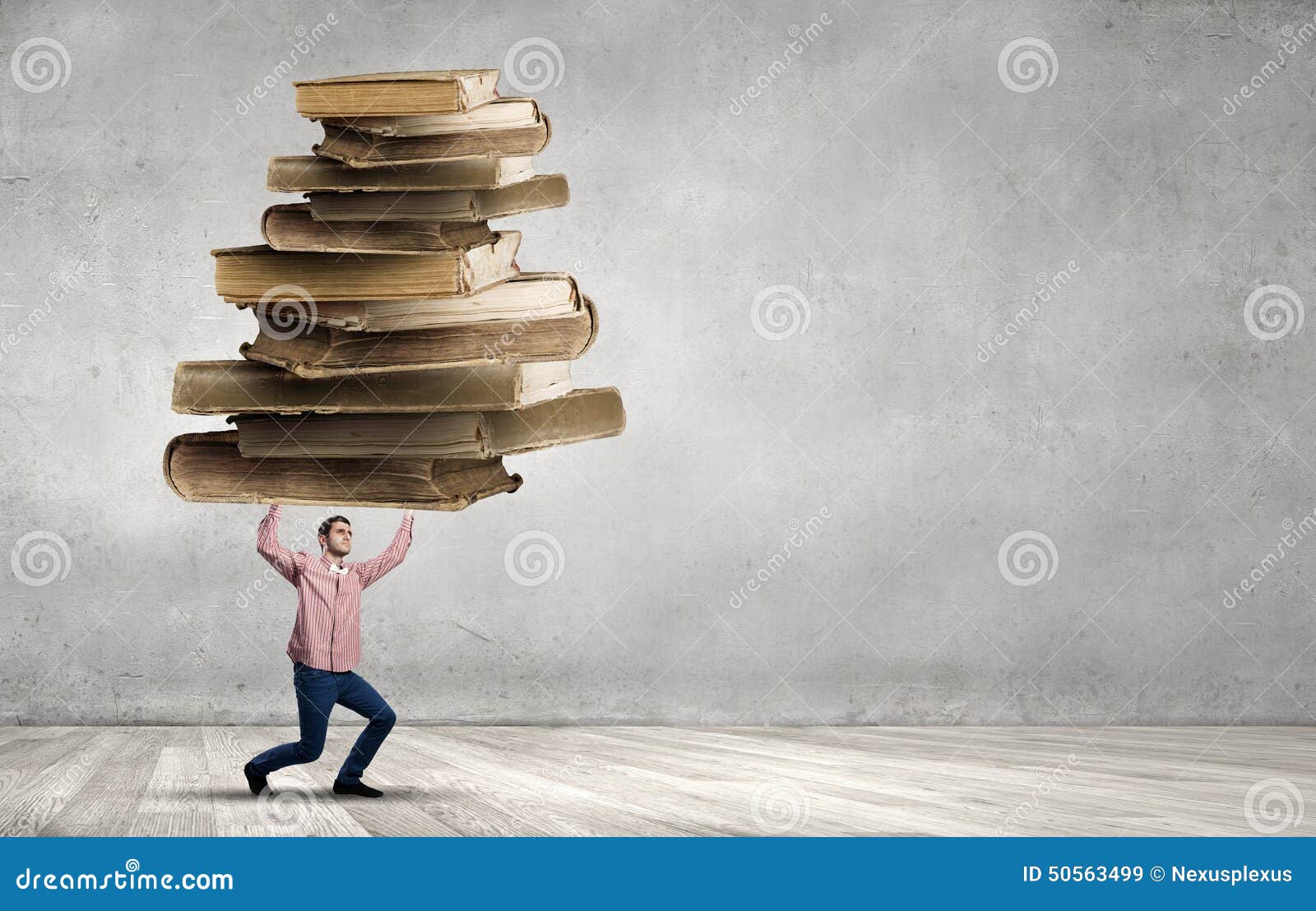 5’s are the collectors of the group. They are insatiably curious and are a bottomless reservoir for information and skills. They can be know-it-alls, correcting the smallest mistakes in others, or feeling it their duty to educate those around them with their shockingly detailed knowledge of oddly specific topics. Not only do 5’s genuinely love the pursuit of knowledge, but they believe this amassing of information makes them valuable and integral to the group.

The sin of 5 is “greed” (or the more pretentious word “avarice”). They believe there is always more to learn and they eat it up. They’re the kids who always ask “why” or the adults who seem to ask questions that many others wouldn’t find intriguing or useful. They love the validation they receive when asked for their expertise offering overly-detailed explanations to simple questions. This greed has a downside of making the 5 indecisive and paralyzed in moments where they feel like they don’t know what’s going on or feel unprepared.

The journey for the 5 is “Non-Attachment.” Many authors liken the attitude to that of a monk, one who finds contentment in simplicity and quiet. Healthy 5’s learn to live without the need to fill the space and put to rest the compulsion to gather. They divest themselves of the ideas, catalogs, or even things they’ve amassed (the “greed” applies far more to knowledge than it does to materialism, but hoarders can most certainly be a dysfunctional 5 in operation) and instead choose to quiet their minds and souls.

5 wing 4 | Newt Scamander, Fantastic Beasts and Where to Find Them

One of my recent favorite 5’s is Newt Scamander from the Harry Potter prequel. Newt is lovable and quirky and doesn’t really get other people, but he gets creatures. He doesn’t need anyone to know about his sophisticated skill set but he prides himself on having it. His biggest issues are when people devalue the animals, a sin he finds utterly appalling. He withdraws into, literally, his own little world inside his briefcase and there he is the master of all that happens.

His 4 wing is pretty easy to spot because he freely admits he doesn’t understand people… and implies that he is a little strange. At this stage in his life we see Newt somewhat accepting of his oddities and instead of trying to explain them, he chooses to throw himself into his very unique line of work.

Newt isn’t that flawed as a person. Maybe that’s why it’s hard to connect with him as a character. (If you’re a HP fanatic and just spit out your coffee reading that criticism, hear me out). None of the characters in this movie are really that flawed. Tina is trying to rebuild a reputation of sorts, but none of the characters really have anything wrong with them. The story is almost exclusively an “external journey.” Sure, they have to learn to work together and build trust, but everything they do is reasonable and rational. Good storytelling has to include an inner-journey component or it’d better have enough special effects to compensate (which, to its credit, Fantastic Beasts does.)

What we could have seen with Newt is any inkling of an integration. Since he’s reasonably healthy, we see his merciful and decisive “8” come through. He acts when the moment demands and that’s a good sign. He’s not sure how it will all end but moves anyway. Risk taking (for 5’s and 6’s) is really healthy.

He doesn’t really go to a bad place where we might see his gluttonous or “screw it” “7” mentality materialize. But unlike Newt, our next character does.

Bella is a classic 5. She has walls up with literally everyone in her life, except the one person (eventually two when Jacob comes to her rescue) with whom she gets completely obsessed. One variant of the 5 is hyper romantic and Bella is a perfect example.

Bella starts the Twilight saga being dropped off by her mother to live with her dad in middle-of-nowhere Washington State. Her mother is lighthearted, happy, a little self-absorbed, and can’t comprehend the depths her daughter is capable of mentally and emotionally. Bella actually prefers living with her dad who pretty much leaves her alone, something she vastly prefers to the helicopter parenting of her other parent.

Like many 5’s, Bella hates being forced into social situations but realizes she has no choice. She would prefer to be left alone but something exceptional, someONE exceptional, piques her interest. 5’s, socially, would often prefer strangers (who demand no further connection or relational obligation) or people who they perceive to be experts. Edward is elite. He’s smart, suave, seems to understand the world around him (something 5’s desperately want help with) and that makes him irresistible.

As we’ve said already, 5’s are journeying from Greed to Non-Attachment. At their best, however, they’re integrating to their healthy 8’s and take on the virtues of “Mercy.” This is slightly different than the 8’s version of “Mercy” because it’s Mercy toward themselves (compared to the 8’s Mercy toward others). 5’s tend to place themselves under an immense amount of pressure to know all and be competent to do all. When they integrate toward a Non-Attachment they begin to extend compassion toward themselves and find their value in who they are and not what they bring to the table.

On the other end, unhealthy 5’s reach the horrifying conclusion that no amount of knowledge will actually get them what they need. They find themselves deemed “useless” by others, their knowledge fails them, or they gather some evidence that all this work has been a waste of their time. When this happens, 5’s take on the “gluttonous” sin of their disintegrated 7 and basically say “screw it.” They will betray all the lessons they’ve learned and do things that might seem indulgent, excessive, selfish, addictive, or rash. They may hook up, drink too much, spend too much money, or find some other way to act as though life just doesn’t matter (basically “I know better, but since nobody cares (or it doesn’t matter), I’m just going to go do whatever I want regardless of what I know.”

Working to create a good 5 character can be difficult for a lead. In fact, it will probably require some exaggeration of their know-it-all attitudes to really come through. But what you’re looking for is someone who places immense value on correct methodologies. They are likely to be uptight about when things are done different ways (not necessarily “wrong” ways or “bad” ways… but inferior to the 5’s deeply researched methodologies.

As far as villains go, one of these exaggerated 5’s can be seen in the character of Vizzini from The Princess Bride. The annoying mastermind’s classic catchphrase “inconceivable!” is a perfect representation of this frustration with humanity who consistently seem to act irrationally. Even his square off with the Dread Pirate Roberts is all about his powers of deduction. What a brilliant, fitting end to challenge the 5 to a game of wits and beat them on a technicality outside the boundaries of the given rules. A 5 villain who believes they’re right may actually integrate to their 8 and become decisive in their plans, yet without the Mercy component, it’s empty and probably says more about a wing than health.

5’s can fill their appetites by escaping into fantasies. They are stereotypically the sci-fi geeks who love to get into intensely complex cult followings. No matter what environment you place your character in, they can find something to obsess about.

Other types can love to learn, even be fascinated by research (7’s for example) so before you type cast a 5 as someone who asks a lot of questions, make sure that the motivations are aligned.

One common theme for 5’s is indecisiveness. 5’s are constantly living with the belief that there’s just not enough data. They pressure themselves to be completely prepared for any contingency and fully knowledgeable about whatever they’re going to do. Unknowns, surprises, or vague directions are going to be unsettling to the 5. Make sure you craft a good “inciting incident” to get your 5 moving.

5’s work pretty well with most other types. 7’s and 8’s might be a challenge if they are unwilling to explain their plans in detail or expect the 5 to blindly follow their directions without question.

The Vogons, Hitchhikers Guide to the Galaxy