Belief: I can be whoever I need to be to help us all win. Small price to pay for success.

Deepest Fear: If people knew who I really was they would reject me.

Deepest Desire: To be seen and known for who I really am. To be respected and held in high esteem.

How they see/justify their sin: Accomplishment and achievement are some of the greatest goods in life. My ability to adapt and be what the situation demands can help us all win. 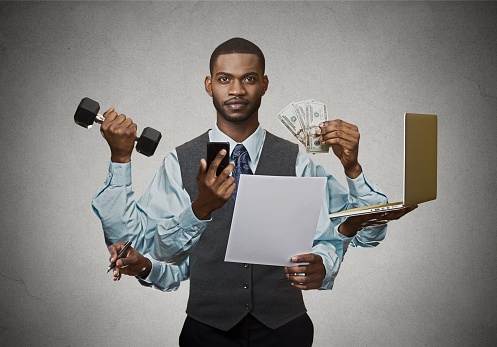 3’s are, quite frankly, the superstars. They are the best at what they do, not just the rule followers, but the rule-excellers. They are competitive and image obsessed, ambitious, efficient, talented, and crave the spotlight. You can spot a 3 a million miles away on FB as the people who are constantly seeking other’s acknowledgement for their wit, their accomplishments, and even sympathy for their frustrating little daily challenges (you know what I mean… “Couldn’t find a parking spot at the gym again…”).

But going deeper, the 3 is a master actor. 3’s crave validation that they believe that unless they are exceptional, they are nothing. While 2’s want to add value to be accepted, 3’s believe they must be valuable to be accepted. To accomplish this, 3’s learn what kinds of things people want, the types of people they respect, the manner of individual they follow, and the values and traits people like and craft personas (masks, personality traits, etc.) that embody these ideals. Not only to the live as these perfect characters, they tend to take them to the extreme and become larger than life. They become the perfect host, the perfect friend, the perfect confidant, the most successful employee, the most inspiring leader, and at the end of every scenario: the winner.

3’s believe that these successful, eloquent, suave, winning personas are irresistible. Their perfection makes them impossible to reject. They can’t not be valued because there’s no reason not to. But there’s the rub, even the most master 3 will never achieve the genuine love and acceptance they desire, because what they really fear is that if anyone saw the real them, their authentic, genuine, honest, flawed selves they would be assuredly be dismissed, alone, and found unnecessary and not worth the energy to love.

These masks, then, serve as survival mechanisms at their most desperate. But the journey for the 3 is from Deceit (some say “Vanity”) to Authenticity. The risk of letting someone see behind the curtain is the greatest challenge of the 3’s life. But it’s more than just a chance one takes, it’s dismantling, deconstructing, and disarming all the checks and balances of their perfect covers. It’s a huge gamble and that makes 3’s great characters to watch.

Monica is an intense, self-made woman. She is competitive to a fault and desperately wants to always be on top, prepared, and successful. There are times when Monica annoys us with her self-absorbed perfectionism. But there are also times when Monica saves the day because, at the end of the day, she loves her “Friends.”

Toward the end of season 2 we see a storyline where Monica gets a job at a diner. Despite the unfairness of it all, she learns that her slender body type and dark hair don’t earn as many tips as some of her co-workers. So Monica does what any 3 would do in her position: don a comically exaggerated voluptuous body suit and blonde wig. Despite all the hijinks she gets into, they do successfully earn her more money and she (with little protest) adopts this new persona and owns it.

It’s her future husband (spoiler alert) and long-time friend Chandler who gets past her defenses, validates her dreams, ambitions, and fears to win her over and craft a safe place for her to be brave enough to be authentic.

3 wing 4 | The Beast/Prince Adam, Beauty and the Beast

For this example I’m going to use a combination of the Beast character from the Disney animated classic as well as the live-action remake of Beauty and the Beast. The challenge with drawing conclusions from either of these representations is that we don’t know a lot about Prince Adam before he was transformed by the Enchantress.

What we do know, however, is that he begins the story as an exceedingly arrogant, self-absorbed, image-obsessed man (why on earth would he ever allow a filthy beggar in his midst? What would that do to his credibility and dignity?) The Enchantress sees this vanity (3w4’s are notorious divas) and determines a punishment suitable to reveal the vulnerabilities of his heart.

The beauty of this narrative is that the story revolves around a 3 who is forced to live with a reality he can’t mask. While average 3’s often have to choose to remove the mask, the Beast is not given that luxury. Everything about him is rejectable. He’s forced to live authentically whether he wants to or not (at least externally). The Beast predictably (per his integrations as a 3) withdraws from society (the stereotypical 9 sin of “sloth”).

What we hope for our protagonist 3 is that he’ll have the courage (his integrated 6 virtue) to let Belle see the real him: someone who’s willing to sacrifice his personal victory for a greater good. (An interesting note, Gaston is also a 3 but one who has no reason or impetus to live authentically. He’s exceedingly vain and irritated beyond all his reason that he can’t get what he feels should be a no-brainer (Belle’s affection). Instead of courage to be authentic, Gaston chooses to prove his worth yet again by rallying the entire village to “win” at all costs. The contrast between our villain and hero is part of the brilliance of this story.)

3’s are journeying, as we’ve noted, from Deceit to Authenticity. By “Authenticity” we should be seeing a confession to being flawed. It takes an immense amount of bravery for a 3 to risk this kind of exposure. An integration to the 6 means the 3 beings to show Courage. They take the risks, they accept the gamble. By contrast, a defeated 3 who has lost all hope or exhausted all options to overcome the obstacles in their way or even feels trapped will shut down and withdraw (the 9 sin of “sloth” we’ve mentioned).

3w4’s work to promote themselves as unlike anyone else (think Lady Gaga). Their uniqueness is their double-edged sword. It could mean they are ridiculed and rejected for it (a strong 4 mentality) or they could end up being celebrated and heralded for it.

By contrast 3w2’s care about people and desperately want people to like them. Consider The Wizard of Oz. He wants to help the people, even genuinely wants to help Dorothy and her friends. But because he’s actually powerless (an authentic reality) he creates a persona to hide behind.

3’s are intense personalities. They’re known for their high achieving, workaholic, winning at all cost attitudes. They believe they should be celebrated for their deep commitment to being the best and are often confused when people react negatively to this dog-eat-dog philosophy.

3’s can be great anti-heroes and fantastic villains as well. Don Draper from Mad Men is a great example of a super unhealthy 3w4. He’s a winner but hides behind this aloof façade of enigma.

The biggest thing to consider is that when the mask finally comes off, your character must still have a personality, one we recognize. It’s not a complete split personality, 3’s can be authentically competitive and enjoy a sense of productivity and accomplishment.

3’s want, deeply, unconditional love. 2’s can be great support characters for 3’s because they don’t follow them because they are enamored fans, but because they genuinely love them. A 3 can take advantage of a 2 if they’re not careful (consider Gaston again and his friend LeFou).

3’s are likely to have challenges with 8’s (especially if the 8 is in a power position over the 3). 8’s want obedience and 3’s want affirmation. 8’s can parade their prize students, employees, or follower 3’s who will in turn eat up the praise and acknowledgment of the 8. Recipe for glorious disaster.

3’s might also clash with 6’s who resist anyone being too far ahead or behind of anyone else (6’s value equality). They might clash with 7’s who are flippant and might break the rules (a perception from the 3 of winning without honor or unfairly). 3’s might click well with 5’s who have the talent and education but have no interest in the limelight. 4’s are particularly intriguing to 3’s because a 4 will consistently claim that no one could possibly understand them and a 3 will say: challenge accepted. This savior mentality will motivate the 3 until they have tried everything they can think of without ever actually seeing the 4 change and embrace how special and unique they are.

3’s can be great in any role in your story. They are distinctive and easily typecast and can go to whatever depth you want to develop.