Africa is truly a remarkable place. 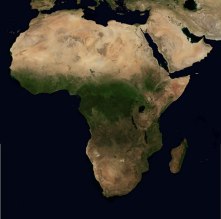 It’s always interesting to me to hear people refer to Africa (unlike any other continent) as one big country.  (No one would ever say “Oh, I’m going to North America.”)  For those of you have haven’t had an African exposure, the diversity is incredible.

However, for the purposes of this blog, continents have a collective sense about them.  Africa is no different.  So in considering how Africa got its name and what that means prophetically, we’ll look at the whole before looking at the parts.

Many of these continent names have quite varied opinions on the etymology of what they are now called.

In one article I researched, the writer made a case that Africa was actually named from the Bible, that the “Queen of Sheba” that came “from the South” (widely accepted as Africa) came to King Solomon.  When she heard his wisdom she converted to following the God of Israel, which her homeland refused to acknowledge.  This particular writer claims that this rejection is why Jesus prophesied in the Gospels that the “Queen of the South” will rise and cast judgment on the unbelieving generation. (Matthew 12:42; Luke 11:31)  The Queen’s name and some of her declarations eventually became the word for “Africa.”

However, most etymological research led me to some more mainstream and consistent beliefs.

sunny, dusty, the land without cold

I won’t bore you with the names and breakdowns, but these meanings came from Greek and Roman translations.  Walk with me through this:

Here’s what I got when I saw this meaning.  Do you remember The Chronicles of Narnia: the Lion, the Witch, and the Wardrobe?  Do you remember what was said of Narnia?  “It was always winter and never Christmas.”

Why did this matter?  Some people in extreme environments live like this all the time and don’t consider it oppressive, yet in the story, it’s supposed to be see that way.

Now in Africa, the reverse is true (yes, I’ve been in South Africa when it snowed, but it’s still rare).  It’s hot.  Hot a lot of the time.  But beyond the temperature, I want to think about the prophetic meaning wrapped up in the phrase “the land without cold.”

What happens when there are no seasons?  Cold matters.  It’s been an unprecedentedly warm winter in Georgia, but seasons have a place, a purpose.  It’s supposed to get cold, it’s supposed to go dormant.  NEW LIFE DOESN’T HAPPEN WITHOUT THE CHANGE OF SEASONS.

If what we learned in studying our own names is true, then names can be descriptive, redemptive, and containing responsibility.  In looking at the continent of Africa and its fifty-something countries, how has the continent done with embracing the change of seasons?

When we prophesy, we speak and release life, so even though a continent is a “land without cold” it’s the responsibility of a generation of African people to stand up in the face of a name that could be descriptive and declare: 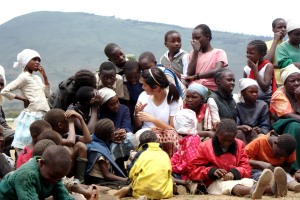 It’s time to come out of dormancy Africa!  It’s time to spawn new life, to bud, to bloom, to release the life-giving pollination!  You are not destined for drought; you are destined for life!

Many countries in Africa are named after landmarks, but here are a few interesting meanings I found:

Ethiopia/Sudan/South Sudan – land of the blacks

I invite you to join me in prophesying over this continent.  If a particular country is close to your heart, or if you agree in this declaration of hope and life, leave a comment and release it!  I’m very interested to see what you all have learned about prophetic names, so look at the list above and pray into that meaning and see what God may be speaking through these meanings.  Share it with us!

5 Replies to “I Want a Nation: Africa”