I’m super excited for next week’s Prophetic Names.  I have some special families I will be spotlighting who not only understand prophetic names but who are walking in those names in beautiful, inspiring ways!

This week’s second post, however, I wanted to take a look at the names we receive that we inherited, not ones we were given.  Surnames (last names) have not actually been around that long.  They were brought in functionally (from the European side of things) only a few hundred years ago.  Many names were locational in nature (“the family who lived near the meadow”), occupational (“the family who bakes bread”), or sometimes meant nothing more than family line (“son of John”).

Prophetically, however, there are some incredible family names that I’ve prayed into.  We don’t look as often into our family names, yet these might be the most insightful of all. 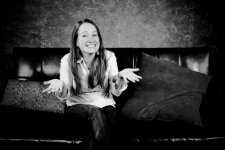 Crawford has ended up being one of my favorite surnames to research.  The etymology comes from “craw” and “ford” which comes out to “crow’s pass.”  When a reference to a person, it means “one who comes through the crow’s pass.”  Okay, follow me through this.  I did some research on crows.  First, they are some of the most intelligent animals on the planet.  They can make literally thousands of unique noises even copycatting other bird’s calls (they’re voices are deceptive).  Second, birds in scripture have often been seen as representative of demonic activity.  Third, crows in a host of cultural histories have a strong mythological representation (the “Morrigan” was the goddess of death and war and used the crow as her symbol).  Now look at the name’s meaning: “through the crow’s pass.”  This is literally Psalms 23, “even when I walk through the valley of the shadow of death.”  Caroline, this name is so deep.  The prophetic truth wrapped up in this is somewhat sobering: you are the one walking through the path of the crows, which is dark and intense.  But look at the definition: “one who comes through.”  Your name is a prophetic word: you come through it.

I believe that your first and middle names are a beautiful match to this surname.  Your middle name Hall means “of the manor.”  I think that there’s a before and after meaning here.  You come “from the house” but you’ve also returned to it.  Christ said “I go to prepare a place.”

Caroline is a gift of the Lord as you walk through this journey: “song of happiness. 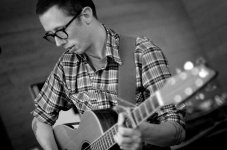 Tabor was inspiring to me as well.  It took some digging, but I found this etymology: “a military drummer.”  At first, it seems like another simple meaning, but for those of you who know Braedon (and Andi) this is such a beautifully apropos name.  I went and did a little historical research about military drummers (we really only use them ceremonially nowadays).  Drummers had a few different roles: 1) the drum cadences provided a steady marching pace, 2) the rhythms were used to elevate troop morale, 3) in some armies, drums also assisted in combat by keeping cadence for the timing of firing and loading.  Braedon, you’re a drummer.  You and your family are charged with keeping a cadence for the rest of us.  You are there to lift spirits and to keep us fighting in synchronization.

Braedon means “from the wide valley or broad hillside” which I find inspiringly artistic.  I picture people picnicking, rolling down the hill, laughing … just like a painting.  Edwin means “one who is rich in friendships.”  You are an intentional, caring friend and “rich” is the perfect way to describe the relationships you have with those close to you. 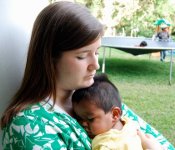 Tuttle means “a look out from a hill to spot the approaching enemy.”  I loved this name when I looked into it because of the very specific nature of the family charge.  This meaning paints the picture of a fortress built on a hill (sound familiar?  Matthew 5 “a city on a hill cannot be hidden”) and the role of the “Tuttles” was to look out.  Unlike some meanings that talk more about a linear journey, this name talks about a 360-degree observation.  The position on a hill gives you an excellent vantage point in the distance.  Prophetically, I see this meaning as the role of one who sees danger coming a long way off from the vantage point of seeing the future and the past (360 degrees).  It’s a calling as much as an anointing.

Emily means “industrious” or “hard worker.”  Diane is a derivative of Diana, which means “divine” (a beautiful name of identity).

Stay tuned for next week.  “FOLLOW” the blog (left hand menu) and it will e-mail you when blogs are published.

Leave your name if you want me to pray into the prophetic richness behind it.